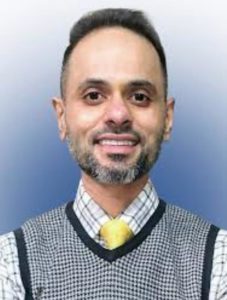 Dr. Dhyllon has a vision for truly self-sustaining systems (no looping) with complete solutions to waste management and energy. He has a very achievable vision to completely eliminate the need to transport both waste and electricity.

Early On
Dr. Dhyllon is a graduate of the University of Southern California with special recognition and honors in orthodontics and aesthetic restorative dentistry. He was able to secure a place in the Dean’s list for the entire course of study. After graduating from USC he was picked by Dr. Robert L. Vanarsdall into the only combined Orthodontic and Periodontal program in the world at University of Pennsylvania. He received the Research award in 2012 from the Dept. of Orthodontics at Penn. Dr. Dhyllon has delivered many beautiful smiles till date and is very popular among his patients.

The Beginning of TeslaGREEN
Apart from Orthodontics and Periodontics, Dr. Dhyllon always had a keen interest in Astronomy and Planetary Science. He has performed extensive research in the field of dark matter, anti-matter, baryonic matter and its associated energies. CERN’s Hydron Collider got his attention and pushed him toward researching Plasma State, its fabrication and applications. He developed the idea of Plasma Energy Vortex that can be used to process any kind of waste without any input source and without any toxins leaking out into the environment. Pollutants are basically byproducts of burning (fire) and if we are able eliminate the burning (fire) component of incineration, it translates into ZERO Toxins.

Doctor Dhyllon’s Many Inventions Include:

According to Dr.Dhyllon the key to success:

Mr.M.J.Sreenivasa Dhyani is a Bachelor of Engineering (Mechanical) from Bangalore University and Post Graduate Diploma in Production Management.Mr.Dhyani has the following experience:

Achievements
I am a recipient of Rajiv Gandhi National Award for the year 2009. This award was conferred on me in recognition of my outstanding contribution to Indian Industry.

In recognition of my contribution to Aerospace Industry, I was nominated in the selection panel of the following organizations as “External, Technical, Expert”.

I was a member in the High Power Committee of Confederation of Indian Industry (C.I.I) during the years 2001 to 2004.

I functioned as Chief coordinator for a High Power Committee headed by Dr. Atre, Chief Scientific adviser to ministry of defiance, Govt. of India to integrate research between Indian institute of science and industry.

A young and aspiring qualified Engineer from vishvesvaraya Technological University who chose to draw from the versatile experience in the field of Environment. He has spent many years in the field of electronics and was engaged in the business of manufacturing electronic control panels and electronic control gears for Tyre building machines,Tyre curing press, Intermixes etc for Tyre majors in the country.

Bharath has vast experience in the field of exports has he was incharge of exporting minerals to some of the oil majors in the world.

Bharath is looked as a well balance person with a lot of potential and willingness to take up responsibility naturally. He is a hard working person who is able to catch the vision of the company and accepts challenges as he moves along his career path. His work skills along with his qualities of patience, empathy and trustworthiness will enable him to handle the operations of the company with ease.

A Electronics Engineer who has a deep passion for creativity and research. Mr. Bharath is methodical with an analytical bent of mind with a passion for details. He is a person who is highly curious to know how a particular machine works and his approach for details will enable him to become an able research scientist who will be working closely with Dr. Amen Dhyllon in the R& D wing of the company to customise his inventions to any conditions.

Lava is a qualified engineer from Vishveshwaraya Technological University .He has vast expertise in the field of textiles and construction.
Mr. Lava Kumar has mastered the art of handling laborers and executing one of the biggest projects in south India. He has spent a decade in the field of embroidery Industry. He was instrumental in implementing the zero discharge policy of Indian government for M/s SHREE BALANJANEYA INTERNATIONAL COMPANY.

He also is well versed in the field of exports and imports. Wherein he has exported and executed many consignments to many of the European countries. He has mastered the SWF and Tajima 12 head computerized embroidery machines. His connections with the building industry are also vast. He has spent half a decade in bringing up many apartments, convention halls and forming layouts in different parts of INDIA through M/s RNS constructions ltd. Mr. Lava Kumar. S has been skilled in many different fields such as construction, textiles, and solid waste management. Mr. Lava Kumar works closely with Dr. Amen Dhyllon in the R& D wing of the company to customize and execute his inventions .

Dev Graduated from University of Staffordshire in Bsc Hons Computing. He has over 10 years of experience in IT Infrastructure Management managing global industry players. Dev won the Leadership award in 2011 for Hewlett Packard and spent more than 5 years in the Technology development focusing on new technology.
He had an excellent opportunity to spend two years in Constructing and Maintaining Floating platform for Marine usage (Pontoons) and excelled at providing real time exceptional IT solutions .Dev developed a passion for new innovation and technology and solving real world problems and spent more than 3 years working on solutions to minimize waste to landfill as well as helping customer reducing cost in waste disposal.

Dev has been an integral part of TeslaENERGY AND TeslaGREEN since the inception. He has been a continuous source of our ongoing R&D in Malaysia and is handling the entire south-east Asian market .

Mr. FELIX ALEXANDER is well known technocrat from Bangalore. He has spent over four decades in the management level of different companies. He can implement the theoretical, logical, technical skills in any challenging projects.

Mr. Felix has spent over two decades in financial management of top Indian companies. His contribution in the field of computers are immense. He is a distinguished technologist who has head the development of M/s Danforce Bangalore and was successful in bringing computer peripherals to India way back in1990.

He has spent a decade as Head and principal scientific advisor for the capitol corp (INDIA) which is leading pioneer firm in the field of Financial management.