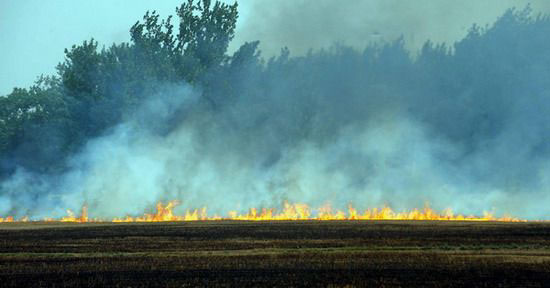 There are general community perceptions that the carbon (C) component in stubbles is lost by burning and that the process of burning stubbles even occasionally, seriously affects the organic carbon levels of the soil. Research clearly shows that around 80 per cent of the C in standing stubble will return to the atmosphere as CO2 in the short to medium term. Losses of carbon as CO2 to the atmosphere through burning are often only slightly greater than through natural decomposition, but they are of course immediate.Actual nutrient losses caused by burning are also known.

After harvest, a 3.45 t/ha wheat yielding crop left a residue of 5.4 t/ha of above ground dry matter. A cool burning of this stubble yielded 437 kg/ha of ash, the balance being lost as smoke to the atmosphere. The nutrients lost and proportion of straw (in brackets) were nitrogen 16 kg (80%), phosphorous 0.5 kg (40%), potassium 17 kg (60%) and sulphur 1 kg (50%).  This nutrient loss is well understood by land managers and strongly influences decisions not to burn, except under extreme circumstances.

Crop Burning is the deliberate setting fire of the straw stubble that remains after wheat and other grains have been harvested. The practice was widespread until the 1990s, when governments increasingly restricted its use. 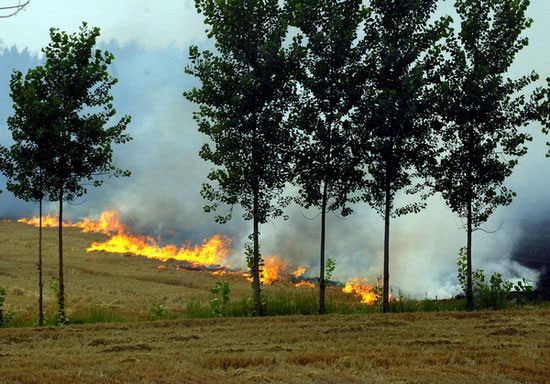 However, it has a number of harmful effects on the environment:

There is a perception that stubble burning contributes to atmospheric CO2. However carbon dioxide releases are only slightly greater than those from natural decomposition.

But one thing India has not seriously tried could make the most difference: curtailing the fires set to rice fields by hundreds of thousands of farmers in the nearby states of Punjab and Haryana, where much of the nation’s wheat and rice is grown.

Although India’s environmental court, the National Green Tribunal, told the government last year to stop farmers from burning the straw left over from their rice harvests, NASA satellite images in recent weeks have shown virtually no abatement. Farmers are continuing to burn most of the leftover straw — an estimated 32 million tons — to make room to plant their winter wheat crop. 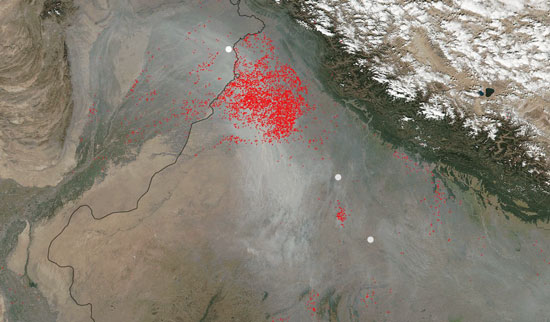 Solution is The BlackHOLE®

When we heat the chamber to about 350-400 C,a low heat plasmic state is created. Plasma is an ionised gas in which some electrons are removed from atoms and molecules and are free. When a small amount of oxygen is let inside the chamber through the valves the oxygen is absorbed into the plasma,highly reactive negatively charged oxygen ions are formed. This oxygen is highly oxidative thus decomposing dioxins and other harmful compounds by oxidation.

Waste may be burned in a simple furnace, with a static grate and natural air flow. De-ashing, loading, and unloading operations are carried out manually. The low heating value of properly segregated health-care waste is high enough for combustion. The burning efficiency may reach 90–95%, i.e. 5–10% of the material may remain unburnt in the ashes and slags. The operating temperature will be around 300°C, which will kill most microorganisms but will be insufficient to destroy thermally resistant chemicals or pharmaceuticals.